Free shipping on orders over $99 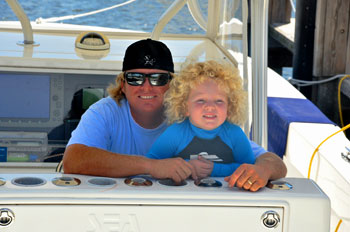 Captain Patrick Price is a 37 year native of Stuart Florida. He has been fishing these waters since he was old enough to be on a boat. The last 22 of those years he has fished professionally around the world and has been charter fishing and tournament fishing in Mexico, Bahamas and locally since 2001. Capt. Price is married and has an 8 year old son named Zane Patrick. Captain Price has decided to put his knowledge and skills together to run his own charter fishing business for the past 7 years which has been specifically created to cater to you, the client. Whether you like bottom fishing, kite fishing, trolling, tuna fishing, fly fishing or swordfishing the DayMaker has the tackle, skill and versatility to guarantee you a great trip and 110% effort every time. Young and ambitious, Capt. Patrick's goal and desire is to make everyone smile and give you and your guests a taste of the experiences he has seen in his office (the ocean) over the last 22 years.

Take a closer look at Capt. Patrick Price - Check out his Tournament Results and his Credentials & Resume. 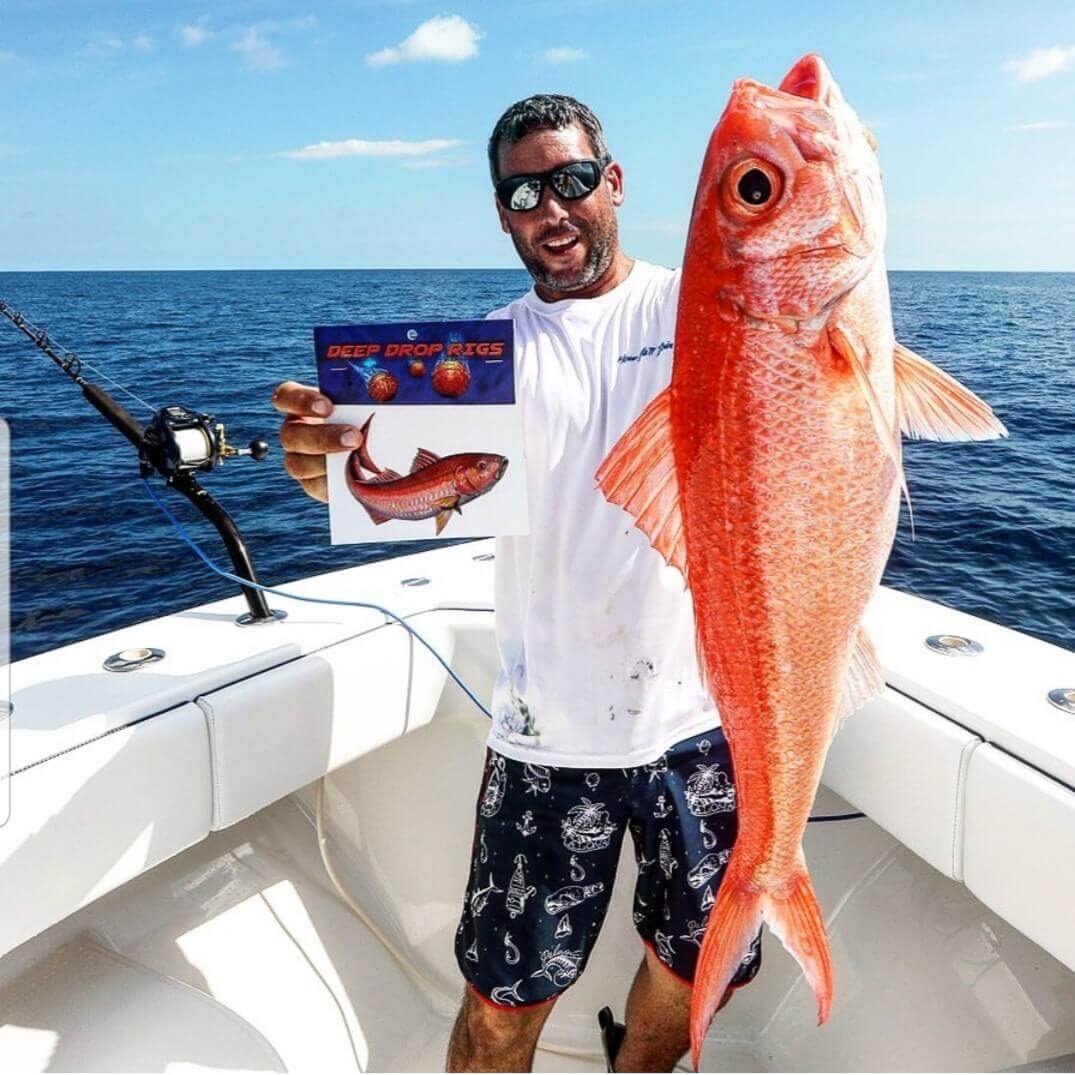 Seth currently lives in South East Florida’s Palm Beach - Considered by many as one of the Sport Fishing Capitols of the World. For the last 20 years he has been a tournament success in almost every species and many of the region’s most prestigious events targeting Billfish, King Fish, Marlin, Swordfish and Tuna. Seth is a contributing writer for Sport Fishing Magazine, Florida Sportsman Magazine,  Florida Sportfishing Magazine, Salt Water Sportsman & The Big Game Fishing Journal, - He has been featured on the show "Hunt For Big Fish” on the Outdoor Network with host Larry Dahlberg and in 2005 was brought on to the Mercury Marine National Pro Team. In 2010 was made a member of the Shimano Pro Team program and currently holds the title of MBA.  Over the last 10 years Seth has been a national seminar speaker on topics such as Daytime Swordfishing which he helped pioneer in his hometown of Palm Beach Florida as well as many other species both local and abroad in the Bahamas -  Seth is a passionate seminar speaker and has spoken up and down the entire eastern seaboard his ability to present material makes him one of the leaders in the fishing industry. 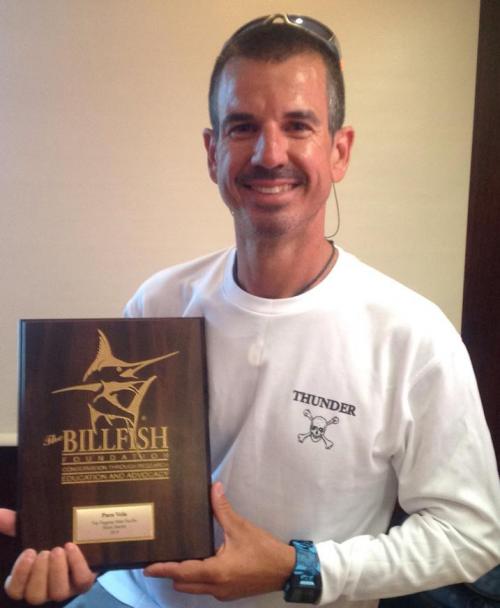 Captain Francisco "Paco" Vela was born in Puerto Rico, and grew up the son of one of the best marlin fisherman in the world. My father held more than a couple world records including the blue marlin world record on 50 pound test line, weighing 680 lbs. I have been fishing with the best since I was born and all over the Caribbean, mostly Dominican Republic, Puerto Rico and St. Thomas, U.S. Virgin Islands. I studied civil engineering at Polytechnic University of Puerto Rico and used my captain skills to make some money through college. By doing so, I won several tournaments including the San Juan International Tournament twice.

Shortly after finishing college, my devotion for fishing made me quit everything else and just do fishing all over the world including in Australia. I specialize in billfish and swordfish, being very successful on swords as well as having the biggest swordfish caught out of Puerto Rico with a weight of 635 lbs. I have caught more swords than anybody else in the Caribbean including the Dominican Republic. 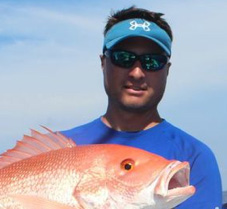 Whether it’s inshore or offshore, Capt. Ryan’s got the expertise to back up his success. A native of Florida’s Tampa Bay area, he’s fished all over the world for everything from bluefish to blue marlin. He specializes in setting up boats for tournament fishing as well as for bluewater trolling and bottom fishing but his versatility means he can fish a wide variety of fishing styles including inshore and nearshore fishing for tarpon, snook, redfish and more. Owner of Kingfish Connection, (The only online forum, dedicated to professional and recreational king mackerel fishing), President of Suncoast Kingfish Classic, and Owner of Sun Style Design, an online web development company, that specializes in building fishing related websites and extensive social media campaigns for anglers and the marine industry. 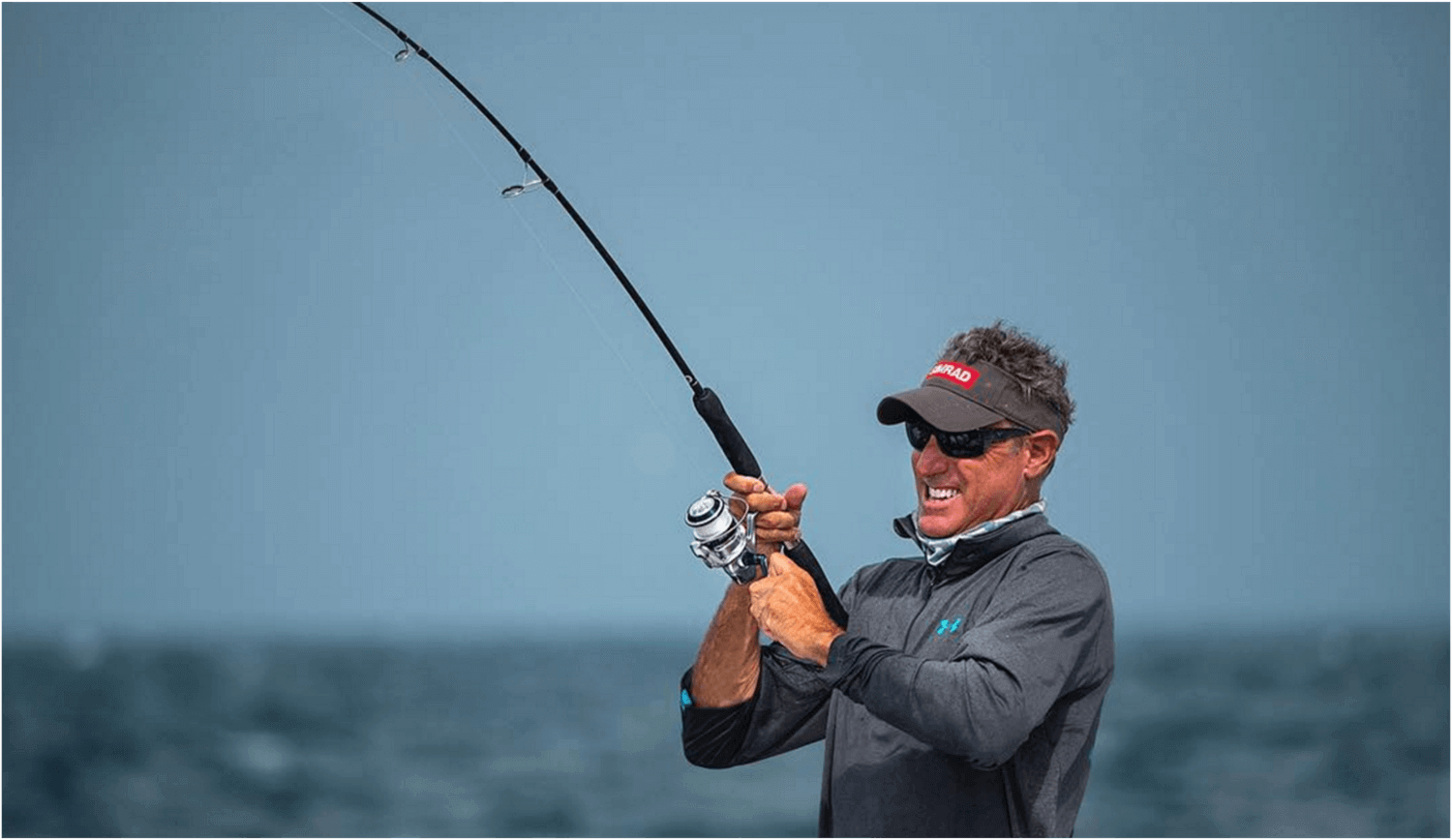 Capt. Scott Walker is a career sportfishing captain and TV Host of Into the Blue. He has fished the waters of the Caribbean, Florida Keys and Mid Atlantic for over 30 years. His TV show, Into the Blue, is on it's 8th season with no sign of slowing down. Capt. Scott's work ethic, attention to detail and adaptability separate him from the rest.

Captain Matt George knows fishing. Matt started his saltwater career in Cape May NJ where he spent much of his time running boats for private owners, chasing marlin, tuna and mahi. Over the last 12yrs Matt has made Hobe Sound FL his home on the East Coast of FL. A true waterman Matt fishes for everything from snook, permit, tarpon inshore to sailfish offshore. He has made the sail fishing his passion and the one fish he chases restlessly. He has had a few seasons now catching and releasing over 100 sails out of his bay boat. Matt has been featured on the UnFathomed and Watermen TV show series. Capt. Matt is currently supported by a great group of top quality sponsor including Grundens, Yo-Zuri, Igloo, Electric Fishing, Hook & Gaff and Islamorada Boatworks. Capt. Matt also holds down a full time job as VP Global Maritime Sales for satellite communications company Network Innovations. Capt. Matt's humble approach but competitive nature has has proven to be key to his success on the water but also has gained him the respect of others in the industry to be viewed as a expert in his craft. #followustothebite 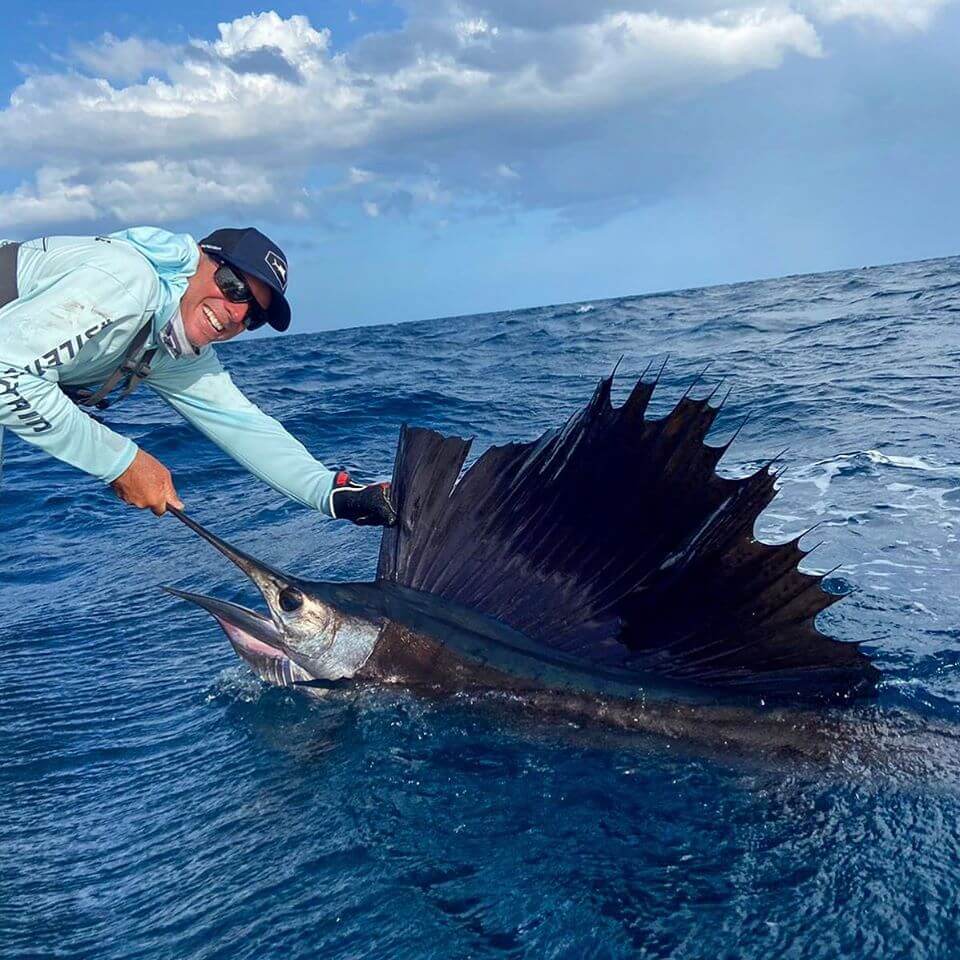